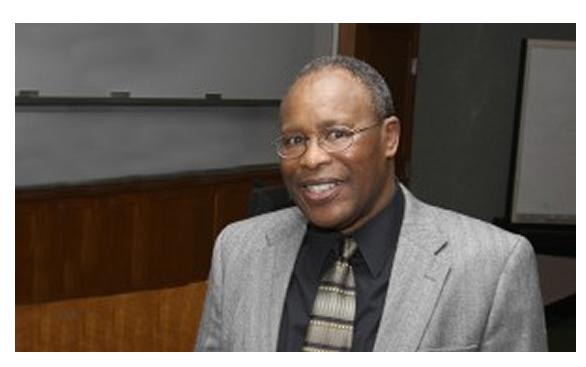 Rochester, NY - The Hobart Alumni Association and William Smith Alumnae Association honored our brother, Professor of Philosophy Benjamin Daise, with the Distinguished Faculty Awards on Friday, June 2, 2017 in the Vandervort Room in Scandling Campus Center during the colleges 2017 Reunion.

Bro. Benjamin Daise, Ph.D., a member of Omega Psi Phi Fraternity, Inc for 55 years, is one of the first black philosophy professors in the country. He spent nearly 40 years enriching the lives of his students through the study of existentialism and ancient philosophy, with special attention to the idea of self. He is the author of Kierkegaard’s Socratic Art, a book that affirmed his role as a leading voice on Kierkegaard in the field. Trained in Danish and Greek. Bro. Daise earned his B.A. in chemistry from Morehouse College and his Ph.D. in philosophy from the University of Texas at Austin. Bro. Daise is remembered by former students as challenging their preconceived notions of who they were and what they were capable of. Robert Alan Schindler ’72 reflected: “Ben Daise transmitted a rare and contagious enthusiasm for philosophy and treated students with respect, dignity and equality.”

Established in 1990, the Distinguished Faculty Award recognizes the importance that graduates of the Colleges place on the contributions of outstanding faculty members of the past – for their impact as teachers, mentors, and scholars. Nominations for the award are sought by all alumni and alumnae and are professors who are retired or have moved on from Hobart and William Smith for more than five years or are deceased.

“The impact that professors have on their students can last a lifetime. They have a gift to inspire, challenge and engage with their students,” says Director of Alumnae Relations Kathy Killius Regan ’82, P’13. “Selected with great care and consideration, faculty members are remembered for their teaching as well as their scholarly achievements. All have left distinct marks on HWS, and their legacies still influence those who had the good fortune to study with them.”