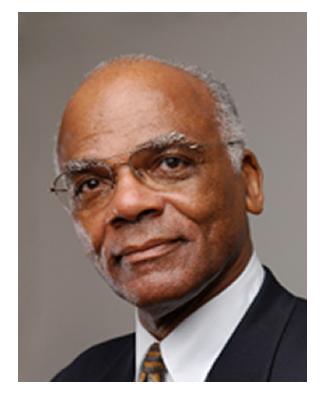 Theta Omicron, Rochester, NY - At the 118th Annual Meeting and Awards Ceremony of the Rochester Academy of Medicine in Rochester, NY; Mr. David Powell was awarded the 2018 Dr. Lemuel Rodgers Jr. Memorial Scholarship by the brothers of Theta Omicron Chapter and Mr. Lemuel Rogers, III, the son of Bro. Dr. Lemuel Rogers, Jr.. Mr. Powell of Bakersfield, Ca, a 2016 graduate of Xavier University in New Orleans, La, is a rising 3rd year medical student at the University of Rochester, considering Internal Medicine as his specialty.

2018 is the 3rd Annual Dr. Lemuel Rogers Jr. Memorial Scholarship. The scholarship is awarded to a rising 3rd year medical student at the University of Rochester of African ancestry. The criteria for winning the scholarship is based upon the student’s academic record and community service.

Brother Dr. Lemuel Rogers Jr. of Norristown, Pa was initiated at Beta Chapter in 1953. Dr. Lemuel Rogers Jr. attended Penn State University and Lincoln University before serving in the United States Army during the Korean Conflict. Upon his return he completed his bachelors degree from Franklin and Marshall College in 1959. A 1963 graduate of the Howard University Medical School, he accepted an Internship with the National Institute of Health in Watertown, Ma and completed his residency in Obstetrics and Gynecology at Philadelphia General Hospital. He then practiced for 3 decades in Rochester, NY delivering more than 5000 babies including a set of quadruplets. He was an active member of the National Medical Association, served on the Board of the Rochester Blue Cross/Blue Shield and sponsored an African American Health Symposium with a focus on Alzheimer’s Disease, which has been renamed the “Dr. Lemuel and Gloria Rogers’ African American Health Symposium.